When leaders initiate a major change that affects their employees, they want everything to proceed smoothly. They don‚Äôt want to alienate the workforce or create any long-lasting disruptions or unnecessary delays. Change that affects the personal lives of people is the most difficult and riskiest type of change. Yet that is exactly what leaders do when they modify or replace their employees‚Äô work schedules.

The leader‚Äôs challenge is how to get their people to support the schedule change. Employees have diverse lifestyles, so you can expect their preferences for a new work schedule to be equally varied. A thing as simple as changing a shift start time can feel like a catastrophic event to an unprepared workforce. How will they get their kids to school? Their carpool won‚Äôt wait for them. They can‚Äôt take that night class they‚Äôve been thinking about. People have a myriad of responsibilities, activities, and interests that will be affected by any change in their work schedules. Every possible conflict can be blown up into an unsolvable problem.

Here is what a semiconductor company did to successfully handle the challenge. The work site was a production facility with more than 1,200 employees. Before the change, the shift schedule had relied on ‚Äúweekend warriors‚Äù to handle the weekend shifts. Full-time employees had covered Monday through Friday. The weekends had been covered by two additional crews that only worked for the company on the weekends. One of the crews worked 12-hour day shifts on Saturday and Sunday. The other crew worked 12-hour night shifts on those same days. In some instances, these weekend workers also worked during the week to add to their income.

As you might expect, this was causing several problems:

The management team decided to replace the old work schedule with a ‚Äúcompressed work week‚Äù schedule that would require employees to work twelve hours per shift instead of eight hours but reduce the number of shifts worked each week. It would also eliminate the need for weekend warriors.

On the new schedule, employees would have seventy-eight fewer workdays and ten percent more income. One might think that these two figures would be reason enough to support a schedule change. The fact is that a workforce, uninformed about what is about to happen, will choose to remain on the current schedule for no reason other than they are familiar with it.

To gain support for changing the shift schedules, the company knew they would have to find a way to involve the workforce in the change process. To do this they did three things:

Even employees who did not initially agree with the need to change schedules eventually grew to understand and support the initiative. Employees who did not get their first choice of shift schedule or shift assignment felt that the process was thorough and fair. This sense of fairness allowed them to accept the change even though they wanted to keep their old schedule or change to something different.

If you are planning to make a major change in your business, keep these three concepts in mind. First, make sure everyone is well informed. People should have a solid understanding of the problem and its impact on the business. Second, build credibility at every step of the process. People must believe there really is a problem, the consequences are significant, and that management does not have a hidden agenda they are trying to sneak past the workers. Third and most importantly, involve the people affected by the change in selecting the best solution. Seek input from everyone, not just the most vocal people. It is especially important for employees to see that their input is used to influence the final outcome.

Communication, a clear process for selecting a solution, and employee participation are the three keys to success. This approach certainly worked well for this company. Hopefully, you will experience the same success by following these guidelines.

You can also complete our contact form and we will call you. 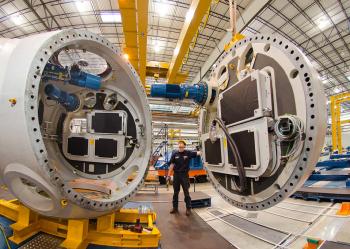 Human Resource Managers; how would you like a schedule that your employees will love?

Plant Managers, how about a schedule that adds 40% more potential production hours onto your weekly schedule?

Now that the hook is baited….shall we take a bite?

If that particular schedule calls for you to hire a weekend crew (aka Weekend Warrior Schedule) then you will want to give this idea a pass.

Weekend Warrior refers to a type of staff scheduling strategy for covering 24/7.

At its most basic level, a Weekend Warrior schedule is one that uses two crews to cover all of the weekend work so the rest of the company’s employees don’t have to.  There are several variations to this.  Here are a few of the more basic models:

While there are several variations to this concept, these three represent the lion’s share of what we have seen out there.

Now that we’ve clarified the type of schedule, let’s look at The Bait & Trap.

The Bait or the thing that makes this type of schedule so attractive is that it appears to satisfy everyone involved.  The company needs 24/7 coverage and this provides it.  The employees don’t want to work weekends so you hire someone else to do it.  This satisfies your existing workforce.   Potential employees want a job and will often take any shift to get a foot in the door.  This schedule allows people to get that foot in there, provided they are willing to work weekends – done deal.

Here is the problem.  The weekend crew will under-perform unless the company over-pays.  The Trap is that once this becomes apparent (usually within the first 18 months after implementation) it is too late.  Changing the schedule will seem like a take-away and the workforce will fight it tooth and nail.

Let’s look at the “problem” a little more closely.  Here are the things we typically hear:

It looks good so companies go to it.  It doesn’t work as planned and companies can’t get rid of it.  If that’s not a trap, I don’t know what is.

If you know of anyone that is thinking about implementing a Weekend Warrior Schedule, I recommend that you have them take a look at this posting first.

Let us help you find a customized shiftwork solution that best fits the production needs of your site.

Use our process of employee engagement to ensure the workforce buys into your new schedule.

Call or text us today at (415) 858-8585 to discuss your operations and how we can help you solve your shift work problems. You can also complete our contact form and we will call you.

This posting is the first in a series of posts that will examine the relationship between the schedule your employees are working and the number of people it takes to staff your operation.  Today, I will focus only on a scheduling practice commonly referred to as a Compressed Work Week.

A Compressed Work Week (CWW) schedule is one in which people work more hours on the days that they work so they can have more days off.

I‚Äôm going to look at this several different ways because of the impact of a CWW change, depending on your situation.

Scenario #1: I have one employee and he trims trees for 8 hours a day, five days a week.

In this case, we can be almost indifferent about our employee‚Äôs schedules.  He probably shouldn‚Äôt work at night but, so long as he spends 40 hours a week trimming trees, we don‚Äôt care if he does it in 10-hour or 8-hour chunks.  We do care about 12-hour chunks because, in order to average 40 hours a week, he would have to work ten 12-hour shifts in a 3-week period. This means that at least one of those weeks will have 4 days of work in it.  This means 48 hours of work in a single week which will increase costs when you pay overtime for all hours worked over 40 in a week.  Note: No extra staffing is needed in this case.

Scenario #2: I have one employee and he is a receptionist for my office which is open for 8-hours a day, five days a week.

In this case, a CWW will actually hurt you.  If you only need a person for 8 hours in a day and they are there for 10 hours, you are paying for 2 hours that you don‚Äôt need.  Furthermore, this person is now only working 4 days a week while your office is open for 5 days.  This means you will have to use overtime for the fifth day or hire a part-time employee or do without a receptionist for 1 day a week.

Scenario #3: I have five employees working 8 hours a day for five days a week.  My business only needs four employees at a time and I need them for 10 hours a day.

No problem here.  Put everyone on 10-hour shifts.  They each work four days a week and they each get a different day off.  In this way, four show up every day for 10 hours and no overtime is incurred.  This example is made to work out perfectly.  However, imagine that you have 7 people and need only five to show up – the number just won’t work out.  Basically, if you are 20% overstaffed on a daily basis and your daily coverage is 20% less than it needs to be, you can change your schedule from 8’s to 10’s without a cost.  Anything else will be problematic.